I told a lie once.

Ok, to be fair, I’m sure in my lifetime, I’ve probably fudged the truth more than once, but this one sticks out because it was such an extraordinary whopper.

It was a long time ago, in a previous job and I’d made a fairly catastrophic (accidental) error on a project.

As I sat there, hand cupped over my mouth, mentally wailing at my own stupidity, my phone rang – it was the boss. He was very nice, asked what had gone wrong, who was at fault, and in the panicked confusion, I heard myself (out loud) speculating that it may have been the fault of {insert random colleague name here}.

Ok, it may not have been a bald-faced lie, but it was definitely a misdirection of the truth….all to buy me a little time while I figured out what to do.

What had I DONE? It was the end of the week, and so Shame shackled me to her bony wrist and hauled me off for a weekend of mental torture. By the time Monday rolled round and I’d tossed and turned through 3 sleepless nights, I literally fell into my boss’s office and blurted out, ‘I didn’t tell the truth…I’m sorry’.

Being the lovely, gracious man he was, he was very understanding and together, we worked out a plan to redeem the mess.  His expression of grace helped me to learn some pretty valuable lessons.

1. People lie for lots of different reasons. They lie to get out of trouble. They lie (or exaggerate) to make themselves look bigger, better, more exciting.  They lie because they don’t think it matters and that they’ll never get caught.

2. Christians lie too. Oh yes, they do.  They shouldn’t, but they do. They exaggerate reality, they fudge the facts and sometimes, like every other human, they tell whoppers to escape from a messy situation.

3. The thing is, while lies feel easy, Truth (with a capital ‘T’) is a real, living thing and like a plastic ball in water, it floats.  You can try to submerge it, hide it, push it under the water, but sooner or later, it pops back up to the surface.

4. We reap what we sow. If we sow lies, we can’t complain if we reap them in return.  Being lied to hurts a great deal; it breaks up marriages, destroys friendships, wrecks churches.  Buying a little extra time by telling a lie, isn’t worth the destructive, over-inflated price.

Bottom line, Jesus was ALL about truth. He never skirted round the details or fudged the issues – even when it would have been a lot easier.  The people who hated him, often tried to trip him up into a lie, but perhaps  he knew that just one lie, could rock the whole foundation of his ministry.

It’s true what they say; The truth hurts. But at the same time, the truth is also an amazing, freeing, exciting, liberating thing.

Lies shackle us to Shame.

The Truth glues us to Jesus. 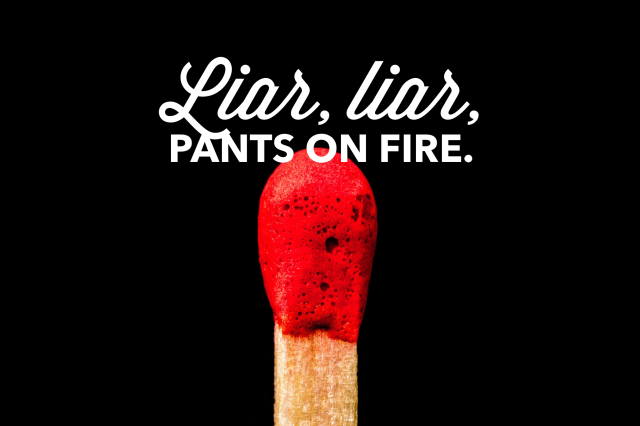