So, it turns out that not everything on the Internet is true.  I know, I know, I’m just as shocked as you.

From online frauds to political news sites which only tell half the story, in the middle of all its gloriousness, the web is also piled to the rafters with lies and half truths.

On my regular wanders through Social Media, I see people (unknowingly) share fake Facebook updates, or comment angrily on satirical news stories, thinking they’re true.  And sometimes I wonder if we want them to be true. 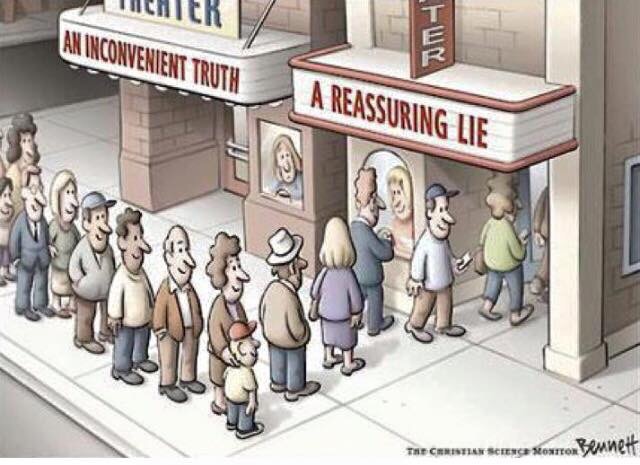 We’re drawn naturally to newspapers (and websites) which most closely match what we already believe about the world.  So when these sites post stories which confirm how we already see things, we think, ‘wow, bingo…that’s the truth…’

But God’s version of the truth is usually hugely different from what appears on Buzzfeed or the Mail.  And if we want to know the truth, the real truth, in a world where untruth is shovelled on to our doorsteps daily, then we need discernment.

“I am sending you out like sheep among wolves. Therefore be as shrewd as snakes and as innocent as doves.” (Matthew 10:16)

The word discern (to get all nerdy, for a minute) is a translation of a Greek word anakrino.  It means (simply) to seperate out by diligent search, to examine.

Discernment is listening, absorbing, examining and looking for God’s truth, in the middle of all the lies.

God’s truth says people are just people. Humans look at race, gender, politics and money or the houses and ‘stuff’ that people own. God looks at hearts.

Human truth says that if you’ve gained weight or developed cellulite, that you’re worth less than others.  Human truth looks at disability or disfigurement and thinks it’s to be pitied.   Stand at any supermarket checkout and scan the cheap tabloid-style mags;  they scream untruths at us. Celebrity A has gotten fat. Celebrity B is too thin.   Celebrity C is off to Hollywood.  We’re encouraged to look at the outer stuff and make a judgement of that person’s worth.

And to all this again, God says (again), I look at the heart.

Every day, we’re bombarded with faulty messages of never quite being enough; not rich enough, not thin enough, not worthy enough.   And for whatever reason, it’s pretty easy to absorb these lies and it becomes our own broken version of the truth. But in believing the lie, we can get stuck and risk never being all that God wants us to be.

From politics to celebrity scandals, lies are all around us, but with a bit of discernment, we can learn to see them before we believe them.  One of the toughest things to do is look at a news story I broadly agree with and ask, ‘but is this the truth?’ Who benefits if I believe this?   I haven’t got this cracked yet, but I’m starting to question the ‘values’ I see and ask whose version of the truth it actually is.

Don’t believe all you read or hear.  Take your ‘truth’ to God and ask Him to exchange it for His.

1 reply to Can you handle the truth?